This is an R Markdown document. Markdown is a simple formatting syntax for authoring HTML, PDF, and MS Word documents. For more details on using R Markdown see http://rmarkdown.rstudio.com.

This is also a R code script. And a markdown document. And an HTML page. All of which are generated within one .Rmd document. My site had previously supported by Github Pages and Jekyll, and now my preferred statistical software tool will streamline my blogging process. I expect this to make the transition from idea, analyses, visualization, and blog post production much more seamless.

I first heard about the ability to generate and serve files within R from a tweet from Brendan Rocks:

This workflow blew my mind at the time (still does) and the post in which he explains the scaffolding is very useful. Check it out here.

Adding in a _source directory to store .Rmd files allows Yihui Xie’s servr package the ability to render markdown documents in _posts, which Jekyll converts to HTML - which is what you are reading now!

The first part of this post was pretty trivial given my previous experience with both jekyll and knitr. Adjusting syntax highlighting was a bit of a hiccup. Out of the box, code blocks in divs were being generated using my highlighter (rouge) but were being rendered with an “r” in front like so:

An earlier version of this post detailed a method of updating syntax highlighting using redcarpet markdown and pygments - a soon to be deprecated syntax highlighter. Turns out I wasn’t the only one having this issue! After more than a few missteps, and applying the advice from this post, make sure you have both jekyll ruby installed and updated! After updating your site infrastructure, add a css template with formatting options - such as my syntax.css.

Look how great that looks! Lets see what a function looks like.

How about some numbers:

You can also embed plots. For example: 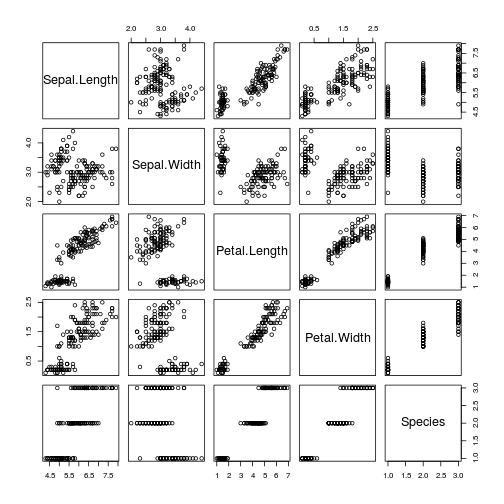